The fortress town of Terezín, 60 km from Prague, was built between 1780 and 1790 as part of the anti-Prussian fortification project decreed by Joseph II of Habsburg- Lorraine and dedicated to his mother Theresa. The town was composed by two main structures, the great fortress and the small  fortress, which became a high security prison.

After two years of German occupation of Czechoslovakia, the Nazi authorities transformed the town of Terezin into a ghetto, where they started to concentrate people of Jewish origin from all over Czechoslovakia, and later from Austria, Germany, Netherlands and Denmark too. Many were  the uses that this concentration camp, now renamed Theresienstadt, was put to.

The main function of this town was to be a sorting centre for transport towards the extermination camps in the east. Transports were sent to Auschwitz regularly.

As well as being an excellent showcase for Nazi propaganda, it was actually used to create a complete and utter hoax. The objective was to convince the international authorities that here was an ordinary town, in which people lived in a perfectly happy way. And in June 1944 the International Red Cross came to make their important visit.

For this occasion, and for the production of a documentary entitled “The Führer grants a town to the Jews as a gift”, the place was cleaned up and beautified. The Nazis worked hard to show the world a comfortable place to live, and a carefree lifestyle based on leisure.

In reality, living conditions were utterly appalling due to overcrowding and lack of hygiene and basic necessities; the inhabitants were debilitated through malnutrition, the spread of diseases, forced labour and the ill-treatment they were subjected to. 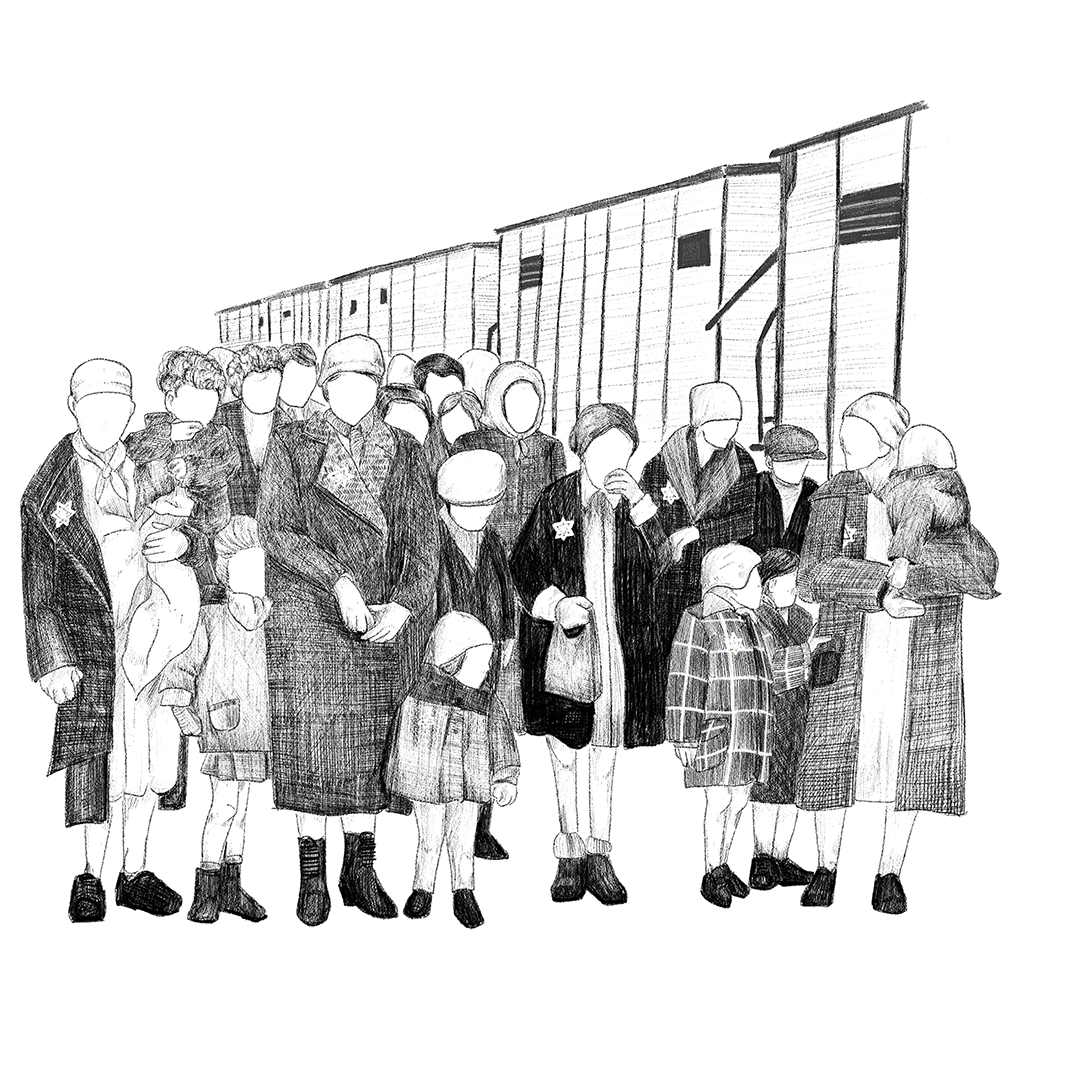 The particular thing to highlight is how this ghetto became home to many famous people from the fields of art, literature and music, who, far from being forbidden to pursue their creative mission, were on the contrary allowed to continue their work. The artistic activities, which started secretly at first, were then officially authorised by the SS so that they could make propaganda out of it. In the concentration camp of Theresienstadt it then became customary to listen daily to concerts by soloists and chamber ensembles, symphonic and choral works, and theatrical performances, while the living conditions in the Theresienstadt concentration camp steadily became more and more inhuman.

The Red Army liberated Theresienstadt on 8th May 1945 and found about 17,500 of the 150,000  people who had been deported there in roughly three years.

August 1944 – the Nazis started to produce a propaganda film to show how well the Jews lived in Theresienstadt. The film had the title “Terezín: A Documentary Film from the Jewish Settlement Area” but is better known under the title “The Führer Gives the Jews a City”.

To prepare the town for the realization of the film, the camp was improved in certain key areas. Some living spaces were enlarged and painted, drapes were hung and furniture added. Grass and flowers were planted. A playground and a sport field were built. Over 7,500 inmates — mostly orphans, sick and elderly people — were sent to Auschwitz, so Theresienstadt would appear less crowded. Scenes of an orchestral concert and a soccer match would demonstrate how many recreational activities the inhabitants were experiencing in the ghetto.

The people who appeared in the propaganda movie were sent to Auschwitz as soon as filming was completed, in October 1944. Most were gassed upon arrival including the children, the composers Pavel Haas and Hans Krása, conductor Rafael Schächter, director Gerron and the musicians.